AN EMPLOYEE HAS COVID-19.
​SHOULD YOU CLOSE YOUR RESTAURANT? 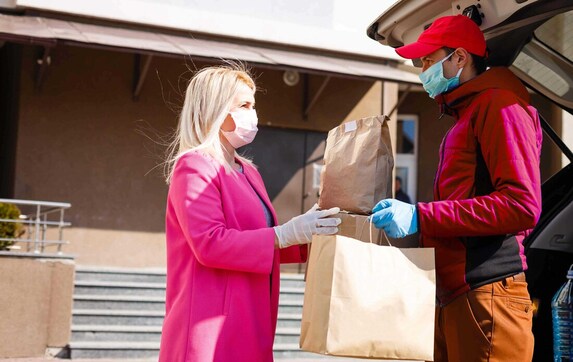 Restaurants across the country are reclosing as employees test positive for COVID-19, sometimes only days or weeks after reopening for the first time since the pandemic began.

But many say they are lacking clear guidance from health agencies on precisely how to proceed when a worker contracts the virus. While closing may feel like the safest decision, it can also be a major blow for restaurants that are just regaining their footing.

​According to the Centers for Disease Control and Prevention (CDC), restaurants and other businesses “in most cases” do not need to shut down when an employee tests positive for COVID-19. (See the CDC’s full guidelines here.) 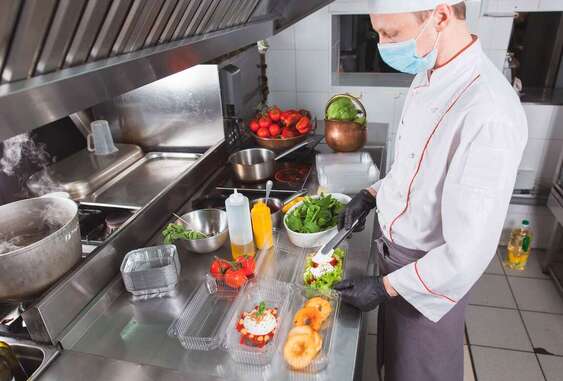 So what’s the best response? We asked three health experts who said that, while there are many factors that play into the decision of whether to close, restaurants that follow the proper procedures in a timely manner can contain the problem while staying open.
Much of what a restaurant does immediately after an employee tests positive has to do with the quality of the COVID-related plans and procedures it already has in place, said Dr. Peter Orris, professor of environmental and occupational health sciences at the University of Illinois at Chicago and director of the Occupational Health Services Institute.

Those procedures include reducing interaction between employees and reorganizing the food production process so that if an employee tests positive, it’s easier to identify fellow workers who need to be removed.
“Does it mean you have to shut the whole restaurant? In some cases, perhaps,” Orris said. “But if it’s a dishwasher running the dishwashing machine, interacting only with people bringing dishes to them, that’s an easier situation to control.”
The CDC says an employee who has been within 6 feet of an infected worker for 15 consecutive minutes should stay home for two weeks following their last exposure.

That’s a change from earlier guidance that set the exposure window at 15 cumulative minutes, said Roslyn Stone, COO of Zero Hour Health, a company that helps restaurants manage food safety and health incidents.
“That is a much much more limited group of contacts in a restaurant,” she said. It should also eliminate guests when considering who has been exposed to an infected worker. “No guest is within 6 feet for 15 consecutive minutes of a staff member at a restaurant,” Stone said.

Restaurants that have shut down after a positive test have tended to have either a large number of staff positives and exclusions, or managers that have tested positive, leaving no one to run the restaurant, Stone said.
“[With] norovirus, you would close to break the illness cycle and because you were worried about surface infections in the restaurant,” she said. “That’s not our concern with COVID. This is a person-to-person illness.” Once you have the infected person out, there’s no more danger in the restaurant, she said.

After exposed employees have been identified and excluded—which can likely be done without closing if that group is small enough—restaurants need to do what is commonly known as “deep cleaning.”
The technical term is forensic cleaning, or “the complete removal of biological material and infectious agents” in the space, said Patty Olinger, executive director of the Global Biorisk Advisory Council, which administers an accreditation program for companies' cleanliness and response to biohazards, including pandemics.

Forensic cleaning might sound intense, but it can be accomplished without shutting down the restaurant for an extended period, Olinger said: “There are always times when you’re not open.”

It can be done by the restaurant itself, but Olinger and Stone said operators might consider hiring an outside service with expertise.

​“Once you’ve done that, you can reopen immediately because you’ve gone through the steps of that deep hygienic cleaning and then the terminal disinfection step as well,” Olinger said.

Thanks to new technology such as electrostatic sprayers that ensure disinfectants coat surfaces evenly, this step can be done much faster than in the past, Olinger said. And speed is a key factor if a restaurant wants to manage the situation without closing.
“The faster you act, probably the faster you can get back to normal functioning,” Orris said.

Ultimately, the decision of whether to shut down depends on the size of the restaurant and the
number of workers exposed, as well as public perception.

“There’s no best answers, but certainly there is a best approach,” Orris said. “Pre think it out. Do all of the possible approaches to social distancing that we know work—masks being an important component—and then act rapidly if you have a positive test because you must assume that that will spread quickly.”