How M&A has shaken up the restaurant sector 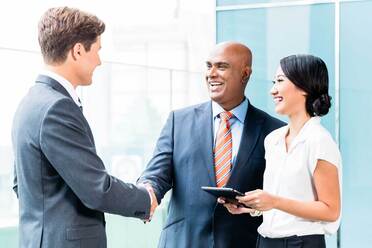 ​And how the rest of the year could play out

Following a whirlwind of M&A activity in the latter part of 2021, it’s only natural that things could ease up a bit in 2022. After all, it would be a bit surprising to see another year in which a company spends nearly $900 million in five months of acquisitions, as FAT Brands alone did last year.

So what’s in store for 2022? Morven Groves, vice president of 10 Point Capital, expects the flow of deals to slow. He recently told QSR Magazine that valuation expectations remain high as a result of the transactions that have occurred over the last 18 months. However, deals at such high levels need companies to deliver strong growth – and uncertainty abounds concerning restaurants’ ability to deliver on their growth projections amid supply chain strains, competition for real estate, and inflation.

Nick Cole, head of restaurant finance at Mitsubishi UF Financial Group, said restaurant companies have seen their margins shrink as costs have climbed and as labor challenges have impacted business. He predicts those lower margins will slow the pace of M&A in 2022. “The M&A market depends on a well-capitalized banking system flush with liquidity, which we currently have,” he said. “But cash flow — and the price acquirers are willing to pay for that liquidity — are the primary drivers that attract buyers, so unless we see an improvement in margins, we expect the pullback to be significant.”

But the good news there is money out there to fund acquisitions – particularly those that can scale quickly and deliver on their brand promises. Once some of the turbulence in the economy settles down, that could spell opportunity for the businesses that have weathered the bumps of the past two years most efficiently.