Amid high inflation, is there hope? 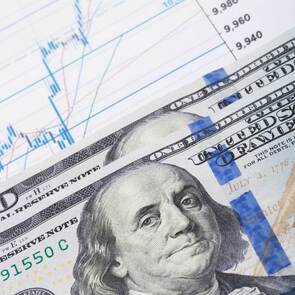 Managing better for the downturn

Inflation has been on a tear in recent months – and restaurants are feeling the pinch. A recent report from the Bureau of Labor Statistics said menu price inflation hit a new 40-year high in March. Inflation of food-away-from-home soared 6.9 percent, year-over-year, the largest annual increase since December 1981. Full-service restaurants experienced an 8 percent year-over-year price increase, while quick-service restaurants weren’t far behind at 7.2 percent. Grocery prices were 10 percent higher and the Consumer Price Index overall increased 8.5 percent.

Is there an end in sight? The Nobel Prize-winning economist Paul Krugman, for one, expects inflation to “fall significantly in the coming months.” Why? He cites, in part, the bullwhip effect – a term for when products that are at the end of long supply chains generate exaggerated changes much farther up the chain. So for instance, consumers overbuy goods out of fear that they won’t be available. Wholesalers then rush to buy more in order to meet the increased demand, straining port capacity and shipping in general. But when demand then drops, according to a report from the MIT Sloan Management Review, “the bullwhip amplifies the downside for all those upstream suppliers that had overinvested in the surge…Each player up the chain suffers a worse and longer fall-off in demand, leading to reduced manufacturing and layoffs, which in turn exacerbate the contraction in demand, leading to and then exacerbating an economic downturn.”

So boom leads to bust. But before we get too anxious at the possibility of some kind of contraction on the horizon, it may help to look to historical examples and attitudes of past inflationary periods – they don’t necessarily carry through to what we’re seeing today. Data from the Federal Reserve indicate that consumers expect inflation in the near term but don’t expect it to continue well beyond a year. These aren’t the views of consumers from the 1980s, who saw inflation as far more entrenched, Krugman says.

Wherever possible, restaurant operators should prepare now to minimize the stress of a downturn. The MIT Sloan report suggests businesses can better insulate themselves by taking actions including these:

• Conserve cash by reducing inventory levels, increasing days payable outstanding, and reducing days receivable, while being careful not to endanger the viability of key suppliers.

• Reduce your supplier numbers, focusing on large and robust ones.

• Reduce your product varieties focus on the fast sellers.